Creation with a Crowd 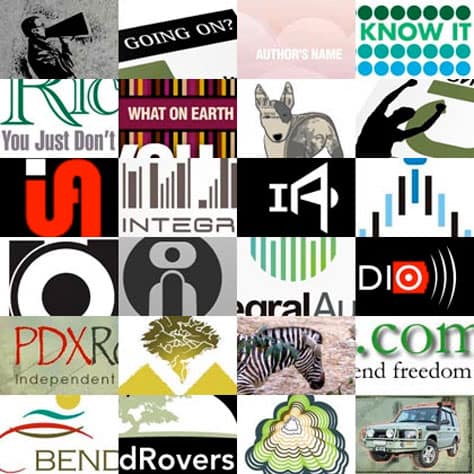 A couple of weeks ago, I happened upon a site called crowdSPRING. I forget exactly how I got to the site, but what I found there made me feel a little icky and left a bad taste in my mouth. I wrote a tweet about it (which in turn updated my Facebook status) and many of my designer friends had strong negative reactions too.

Stepping back a bit, what is crowdSPRING? It's a website that allows companies to post briefs for design projects (mostly logos and websites), with the expectation that dozens if not hundreds of designers from around the world will post their solutions to those projects. Finished solutions. Not portfolios, resumes or even sketches. But the finished logo, website comps, CD packaging design, etc.

Why the ick factor? It took me a few days to process it internally, but I eventually came to this conclusion: the site sucks time away from thousands of budding designers. They are all working for free. Only the lucky ones whose solutions get chosen are paid. Imagine if you ate dinner at five different restaurants and only paid for the one dinner you liked? That is what's happening on crowdSPRING: free work.

This Forbes article talks about pushback from the design community. I've long been against spec work. It's just plain wrong from the free work angle as I've already illustrated. The AIGA has also had a long-standing policy against spec work because in their mind it compromises the quality of the work. How? Company asks for free submissions; young, inexperienced and unqualified designers submit solutions; established professionals stay away. That is a recipe for sub-standard creative work. Or how about designer Mark Boulton's argument that spec work is bad for business? "Architects are invited to submit bids, proposals and designs for prestigious competitions. The winner gets the contract and the glory. The losers get nothing; the work is conducted speculatively."

Rivers Cuomo from the band Weezer did a collaborative songwriting project called "Let's Write a Sawng" on YouTube last year. He started with a single video, saying that he needed help writing a song. He led his large base of fans through the process, breaking it down step-by-step, starting with suggestions for a title, through lyrics and melodies. What worked was that he crowdsourced for ideas, picked the best ones and came up with a compelling pop record. On NPR's Fresh Air he mentioned that if the song were ever officially released, it would probably break a record for songwriting credits.

Intel also experimented with crowdsourcing via an advertising program call Mass Animation last year. Via Facebook they invited animators to animate shots that would be part of a larger animated short film. I think it works here too because an animated film is very much like an open source dev project: the work can be divvied up into small discreet parts and worked on by volunteers. Intel goes one step further and has promised to credit and compensate contributors whose work appears in the final film.

I think the aforementioned two examples ultimately work as crowdsourced creative because they were volunteer collaborative efforts. Rivers Cuomo's fans or Intel's animators really wanted to be part of a project larger than themselves. Whereas design contests or sites like crowdSPRING feel unethical are because they're requesting intellectual capital without investing a dime.